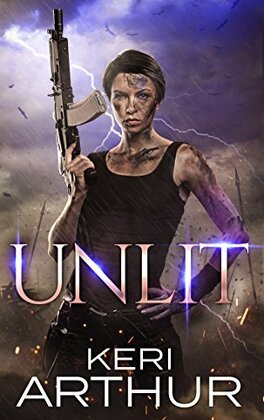 Though classified as having no magic, Neve March can hear the whispers of the wind and sometimes even control her. But it’s a secret she must hold close if she wishes to continue as Nightwatch—the soldiers who guard Winterborne against those who roam the wastelands and feast on human flesh.

When Neve investigates a faint SOS signal, she not only unearths a woman close to death, but a plot involving an ancient enemy long thought dead.

In an effort to expose those behind the plot, Neve goes undercover amongst Winterborne’s elite—a dangerous step that could expose her secret and rip away all that she holds dear.

The trail of treachery leads her from Winterborne’s golden halls to the heart of the enemy’s hive, and it will shake her belief of not only who she is, but what she is

In the still crispness of a dawn not yet risen, evil stirred. It was a whisper, a promise that rode the breeze like an Irkallan ghost, insubstantial and yet threatening.

I leaned over the parapet, one gloved hand gripping the glass-smooth edge of the nearest merlon to ensure I didn’t fall. Watchtower eight was situated at the very end of Winterborne’s massive metal curtain wall. To my left lay nothing but a two-hundred-foot drop to the dark waters of Hook’s Bay, an area that had once supported a vast fishing fleet, but was now as barren and as empty as the lands beyond this wall. Tenterra, like the bay itself, had been drained of life five hundred years ago when Winterborne’s witches had joined forces and—in a last, desperate effort to save the gateway city and stop the Irkallan from entering Gallion—had drawn every ounce of energy from earth and air and cast it against it our foe. The ploy had certainly worked, but the price we’d paid for salvation was high. The once fertile farmlands of Tenterra were now little more than a two-hundred-and-fifty-mile-wide bowl of dust and broken riverbeds, and the skies above us had become volatile and unpredictable. Much of Winterborne itself had fallen into the seas; the sections that had survived were perched on a mountainous strip of land barely two miles wide and ten miles long.

The breeze strengthened as I leaned farther away from the wall, her chill fingers rifling through my short hair and chilling my scalp. I should have been wearing my helmet, but the close fit of the damn thing always felt suffocating. Besides, it wouldn’t exactly save my life if I fell. Not from this height.

I couldn’t see anything out there in the darkness. There was no sign of movement, nor should there have been given dawn’s first fanfare was still a good twenty minutes away.

My gaze rose to the distant, craggy line that rather resembled a drakkon arching its back. It was the Blacksaw Mountains, and the home of the Irkallan. But if they were finally stirring from hibernation, we surely would have gotten word from one of the outposts that guarded both the Adlin and Irkallan borders.

No, whatever this evil was, it was closer than those mountains.

I flared my nostrils and drew in a deeper breath. The wind might share some of her many secrets with me, but it seemed she wasn’t willing to reveal the source of that evil. Maybe she didn’t know. Or maybe she merely teased. I shouldn’t, after all, have even been able to understand her, let alone have any ability—however slight—to summon her.

Not that the wind or the earth actually whispered; it was instead the souls of all those who’d once controlled those elements. It’s said that on death, earth and air witches were not reincarnated but rather joined the collective consciousness of their element, offering their wisdom, their opinions, and sometimes even their remonstrations to the next generation of those born with the ability to hear and control.

Which should not have been me. I was one of the unlit, a child born without magic in a world that revered it. The only thing that had saved me from a life of serfdom was the fact that I came from a Sifft bloodline—an ancient human race that could take on wildcat form at will. Thanks to centuries of DNA dilution, it was very rare these days to find anyone who could actually shift, but many of us did at least get some, if not all, of their other capabilities—greater strength, the ability to heal at a very fast rate, extraordinary night vision, and some degree of telepathy, though few could read minds without some form of enhancement device. I might have been raised in government care like every other child deemed to be unlit, but I’d also been trained from a very young age in weapon use and survival fighting, simply because of that Sifft heritage. When I’d come of age and the strength of my night vision had been confirmed, I’d been transferred over to the Nightwatch for more intensive training. I’d become a fully-fledged member at eighteen, and had been stationed on this tower for almost half that time again; this place—this area—was as familiar to me as the staining on my body.

Whatever I was sensing, it wasn’t originating from anywhere around here.