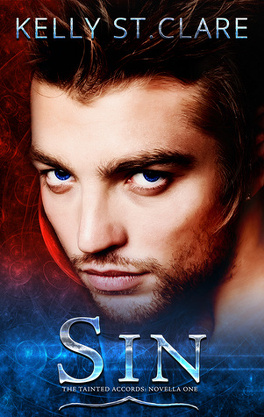 “He saunters in front of her with false casualness. Sin. Devastatingly handsome and devastatingly aware of it.”

Sin is quite content to fornicate, fight, and drink his life away—in that order. He’s got friends, he’s got goldies, and he’s blissfully free of females—during the day, anyway. If there’s one thing his dear father taught him, it was to never let a woman get too close. “Women aren’t capable of loyalty,” his father would say over a bottle of brew. “They’ll leave you as soon as a better offer comes along.”

Yet when Sin comes across, quite frankly, the ugliest woman he’s ever seen, he finds himself offering her friendship, safe in the knowledge he’ll never feel anything more.

Even if she’s different from any other female he’s ever met.

Even when he can’t stop thinking about her.

Olorna is still recovering from the harsh effects of starvation in her struggle to survive the war. Now she feels horribly out of her depth as a new member of the Solati court. Olorna is desperate to fit in for the sake of her mother, who has been given the role of her dreams. But when a royal change puts her mother’s new position on tenuous ground, she is powerless to stop it. . . .

When Olorna receives an offer which will solve all her problems, she is determined to accept, despite the consequences.

Even when a man incapable of love steals a kiss from her lips.

Even if she is making the biggest mistake of her life.

“I don’t understand,” Olina said. She fixed her piercing blue eyes on his face. “How hard is it to put on robes? I don’t need a valet . . . Wait! I don't even want a valet.” She shook herself. “You’re a pit fighter, Sin. You can’t expect me to believe you’re here because you’ve ‘found your true calling.’” Sin flung out a set of royal blue robes with an expert flick of his wrist—at least in his not-so-humble opinion. The silken fabric came to rest over Olina’s shoulders. He studied the color with a critical eye. It looked good, he guessed—he should know what looked good on a female. Did a valet put more thought in? Fashions and fabric . . . quality, or whatever. He couldn’t believe there were people who did this for a living. Permanently. He’d rather sleep with the same woman twice. “You need a valet, oh Tatum of vast wisdom." He drawled his reply. "You tend to pick clothing I wouldn’t wish on my worst enemy. You have the greatest valet in three worlds in your employ. Just sit back and enjoy the ride.” He added a suggestive wink. Olina plucked the robes out of his grasp and disappeared behind a screen to change. “Could you be serious for once?” Had it been anyone else, he might have followed. But Olina was exceptionally skilled with a knife, and he was exceptionally fond of what hung between his legs. Choosing to believe the question was a rhetorical one, Sin stretched languidly over the new Tatum’s bed. He ran a hand through his hair to tousle the short golden curls—despairing of the missing long locks that had been burnt and shorn off during a brush with death. He was putting a smolder into his expression when his well-formed chest muscles caught his attention. Sin tensed them both, watching as they leaped in response. “Sin. . . .” Olina had reappeared, dressed in the royal blue robes. “Shh,” he murmured. “Are you seeing this?” He admired the sculpted plains once more as they twitched at his command. When he heard no reply from the young Tatum, he stopped his pectoral ministrations. She usually gave him an exasperated huff at the very least. Back on Glacium, she might’ve even laughed. Now, two months after the war, she spent as much time looking out that window as she did anything else, and when her eyes weren’t fixed on Glacium, they were turned inward. He studied her despondent profile. She missed that arrogant son of a bitch—the king of Glacium. What’s more, if Sin wasn’t mistaken, and he rarely was in such matters, she’d been loyal to King Jovan the whole time. Not one illicit affair. Not a single stolen grope. A woman had been loyal for two months, a whole sixty days. It had to be some kind of record. The object of his reflection had moved and now stood directly in front of him, hands on delectable hips. He worked to restore his confident, relaxed demeanor and cocked his head toward the empty space beside him. That was all it usually took for him to get a female into bed. Yet Olina rolled her eyes in response and spun for the door. “You’re going back to Glacium tomorrow.”