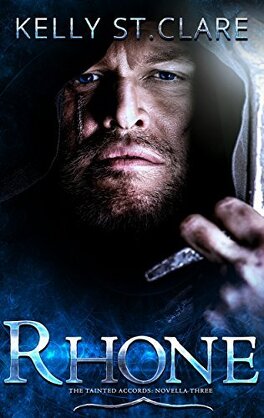 Rhone has always been an outcast. Life in the castle may come with a soft bed and regular food, but that's the only difference he can see from the childhood he spent in the gutter. The assembly fear him. Rhone exists on the fringes of their friendship.

He could have handled that yesterday.

Rhone doesn’t know where he’s going, what his journey will lead to, or if he’ll ever return to the people who can barely tolerate his presence. He is purposeless and alone . . . or would be if the Ire woman with the stupid magnifying eye contraption would take a hint.

Will he always feel ill-equipped because of where he’s from?

Rhone doesn’t want to live as he has been.

He’s at a loss of how to change

The day Rhone watched the woman he loved marry another man, he left the castle. Ignoring the tightness in his chest had been easy. Until he’d watched her kiss her husband, knowing his chance at winning her was obsolete and his feelings permanently unrequited. Until now. He’d loved her from afar, harboring a burning hope she would one day return his regard. The more practical side of him had seen that pursuit of her was useless—what with the way she looked at King Jovan. Rhone had kept a painful secret for a long time: He was in love with the new queen of Glacium. He’d loved Olina since escorting her through the Great Stairway as a hostage, nearly two years ago. The castle kitchen was chaotic with the current celebration feast, and Rhone was glad to leave it, shouldering his pack, now heavy with water and food. He strode down the entrance hall to the kennel, his step lengthening as he remembered how heartbreakingly beautiful she’d looked up there, not even one hour ago, so enticing in her barely there, wispy nothing of a white wedding dress. While Rhone would have liked nothing more than to punch Jovan squarely in the face for how he’d held her and how he’d picked her up afterward to disappear into their chambers, Rhone also couldn’t blame the king at all. Olina was fucking perfect. And not his. Why wouldn’t Olina marry the king instead? What did Rhone have to offer? He owned a team of sled dogs. He carried King Jovan’s messages around Glacium in exchange for food and living quarters within the castle. He had no house of his own, no aspirations to do more with his life. For the last two years, his only objective had been loving a woman from afar. Rhone was nearly twenty-five years old, had no family, could count his friends on one hand, and aside from his dogs, loyalty, and a few paintings, he had no ties to Glacium Castle. The familiar smell of wet dog and straw washed over him as he shoved open the kennel door. The hectic chorus of howls and barking wasn’t far behind the scent, yet the sound failed to bring the usual smile to his hard face. “Rhone.” The kennel master greeted him. “Gyn,” he grunted, then said, “I’m going away for a while. Can you deliver the king’s messages while I’m gone?” Rhone unhooked the waist-high wooden door to Leo’s kennel, and crouched down to scratch him. Leo was his lead dog and had been for many years. The white-and-gray dog rolled over onto his back, whining, blinking at him with intelligent powder-blue eyes. Gyn slowly walked over and draped his forearms over the top of the kennel door. “How long?” “Don’t know.” “What about the sled race in three weeks?” “If I’m not back, you do it.” Gyn was the only person Rhone trusted to drive the dogs; the man had been his second in the last two sled races. “Me?” “You,” Rhone replied shortly, threading his fingers through Leo’s shining coat.