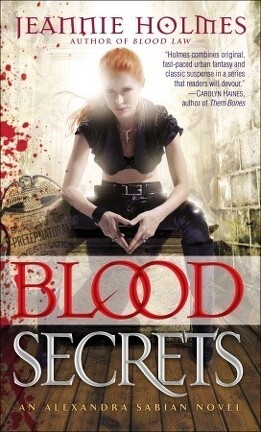 WHEN ALEXANDRA SABIAN SINKS HER TEETH INTO AN INVESTIGATION, SHE DOESN’T LET GO.

Alex allowed a case involving murdered vamps to get personal and is suspended from the Federal Bureau of Preternatural Investigation. Now she’s facing an official inquiry but has a chance to redeem herself. The catch: She must once again work with Varik Baudelaire, her former mentor and ex-fiancé, as he spearheads a search for a missing college student. But Varik has been keeping secrets from Alex, and his mysterious past is on a collision course with his present.

When Alex and Varik discover a carefully handcrafted doll at a crime scene, neither of them can see how close the danger really is or that a killer known as the Dollmaker has made Alex the object of his horrific desire. Now the only way out of the Dollmaker’s lair is through the twilight realm of the Shadowlands, where all secrets—for better or worse—will be revealed.