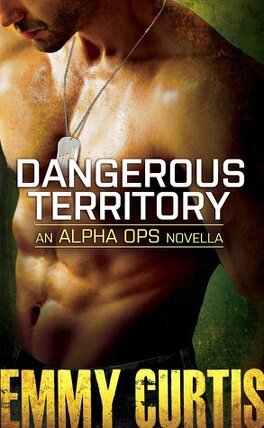 Flirting with danger is reporter Grace Grainger’s modus operandi. But she’s learned the hard way not to grow attached to the soldiers she’s embedded with in Afghanistan. To escape from her pain and loneliness, she fantasizes about the hot night she spent with a gorgeous stranger three years before in D.C. Grace never thought she’d see him again—let alone need him to rescue her . . .

Air Force Master Sergeant Josh Travers knows journalists are nothing but trouble. So when he has to risk his team’s lives to save some reporter who’s been separated from her patrol, he’s not happy—until he recognizes her stunning eyes and delicious curves. Josh has never wanted a woman like he wants Grace. He needs her—even in an Afghan cave with a sandstorm and enemy troops closing in. This might be the end for both of them—or one hell of a beginning.