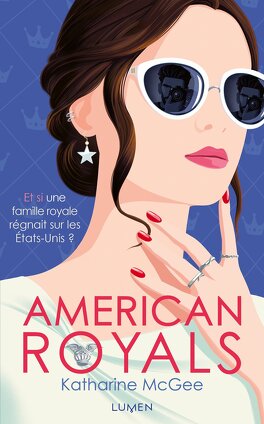 You might know it from the picture books you read as a child. From your elementary school performances—when you longed to play the role of King George I or Queen Martha, and instead were cast as a cherry tree. You know it from songs and movies and history textbooks, from that summer you visited the capital and went on the official Washington Palace tour.

You’ve heard the story so many times that you could tell it yourself: how, after the Battle of Yorktown, Colonel Lewis Nicola fell to his knees before General George Washington, and begged him on behalf of the entire nation to become America’s first king.

Of course, the general said yes.

Historians love to debate whether, in another world, things might have gone differently. What if General Washington had refused to be king, and asked to be an elected representative instead? A prime minister—or perhaps he would have made up an entirely new name for that office, like president. Maybe, inspired by America’s example, other nations—France and Russia and Prussia, Austria-Hungary and China and Greece—would eventually abolish their own monarchies, giving rise to a new democratic age.

But we all know that never happened. And you didn’t come here for a made-up story. You came here for the story of what happens next. What America looks like two hundred and fifty years later, when the descendants of George I are still on the throne.

It is a story of soaring ballrooms and backstairs corridors. Of secrets and scandal, of love and heartbreak. It is the story of the most famous family in the world, who play out their family dramas on the greatest stage of all.

This is the story of the American royals.