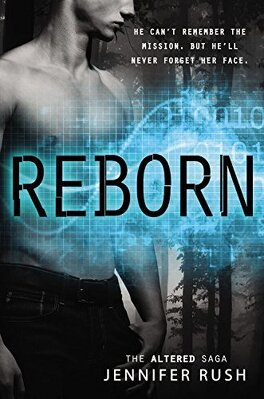 I never took to fighting like the others. I could do it well enough. Maybe I was even good at it. But I didn't like it. Or maybe it was that I liked it too much.

Sam only fought when it meant something. Like escaping. Surviving. Protecting. Cas treated fighting like a dance—he always wanted to show off the best moves. Mostly because he's a jackass.

When I fought, I had a hard time pulling back.

I slammed a shot of whiskey, the cheap shit, and felt the muscles in my stomach tense. Pull from the core, that's what Sam always said. Or maybe it was something he used to say, back before we lost our memories to the Branch—the shadowy organization that turned us into super soldiers, and then tried to kill us when we didn’t obey like dogs.

"I did." I felt the gloom of the bar settle over me. There'd always been something about dark, smokey bars. Something familiar.

"Well, what do you have to say then?" the man said.

He was taller than me by a handful of inches. Bigger too. Fatter, though, which meant he was slower. Speed always wins over brawn, if you ask me.

I turned to the man, wavered to give him the idea I was drunk, which I wasn't. Or at least, not entirely. I peered at him from beneath heavy lids, and then looked over his shoulder at his girlfriend or sister or maybe it was his mom. "Your mom is pretty. I'm sorry I hit on her."

The woman frowned. The man scowled.

"That ain't what I'm talking about. My friend says he saw you steal my wallet back near the john. Did you?"

If I were really trying, there wouldn't have been witnesses to the lift. So I guess I'd been sloppy on purpose.