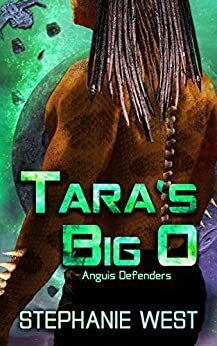 Ophidian rescued Tara from the catastrophe on Earth, except her alien savior was downright terrifying. The massive Anguis general had venomous fangs, razor-sharp spines on his arms and followed her like a predator lurking in the shadows. But O quickly grew on her with his kind gestures and sexy swagger. Before she can confess her feelings—everything between them changes.

She should’ve known better. The Anguis mated on instinct—not for love.

The insatiable need to mate Tara snuck up on Ophidian like a punch to the gut. It’s his duty to guard the tiny human female, the physician who saved half the known universe—not rut atop her like a mindless beast in heat. Desperate to prevent his hormones from taking over after witnessing how badly humans responded to the aggressive Anguis bonding, he assumes a mission that would take him light-years away. He’ll never hurt Tara, she means too much to him.

It will take a trip across the universe and being repeatedly torn apart for them to finally find each other.

But nothing will get between Tara and her Big O.