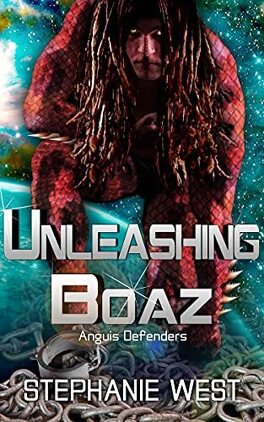 Laney regretted blindly taking this job. She had no clue she’d be interpreting for prisoners, let alone aliens, or she would’ve run the other way. The alien is massive, with camouflaging skin and razor-sharp barbs lining his muscular forearms—a true predator. How could she communicate with him when she was too terrified to be in the same room? Yet something about him drew her in.

Boaz came to Earth to return rescued humans. They thanked him by imprisoning and experimenting on him. He refused to cooperate but then a frightened human female crept into both his hardened hearts, unleashing a love and desire he never expected.