Assassin/Shifter, Tome 16 : Into the Lyons Den 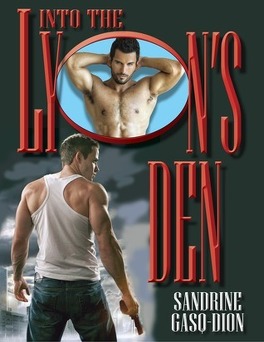 FBI Special Agent Devin Lyons and Russian mob boss/FBI ally Andrei Panchenko have been at each others' throats for years. Literally. They've had their hands around the other's throat lots of times. When Andrei barely escapes a bold attempt on his life, government big shot James Jacobs decides to put Devin in charge of Andrei's safety. After all, who better to keep the Russian alive than the man who wants to do the killing himself?

Andrei Panchenko knows two things as fact: Devin Lyons hates him. And the FBI agent is the sexiest man he's ever seen. Forced into cohabitation, Andrei tries to figure out why the agent wants him dead. He has been nothing but honest in owning up to his crimes and kills only the vilest men who manage to escape justice. But still Lyons (who has his own violent record) treats him with contempt. In the meantime, Andrei notices a touching side to the man that he's never seen before. And THAT scares him more than any gun.

Devin Lyons hates Andrei Panchenko. It's one of the things in his life that he can count on. Until he's forced to spend time with the ridiculously beautiful and sexy man. Seeing the "real" Andrei turns Devin's world upside down until he's not sure whether he wants to kill Andrei or make love to him.

A common enemy of both men is determined that neither will have the chance to do anything except die. When a life-changing secret is revealed, will the resulting fallout bring the two men together or separate them forever?

Assassin/Shifter, Tome 16 : Into the Lyons Den