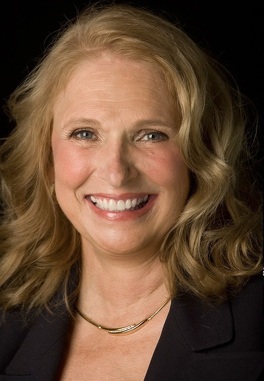 When a rogue 19-year-old witch is recruited to help guard an ancient magical Bestiary, a breath-stealing journey begins...

Being an empath has its advantages.

Harley Merlin can sense people’s emotions, among other things. It’s how she snagged her first job pinpointing cheaters at a casino.

But she has no clue where she got these freakish powers because she spent her childhood jumping from home to home in the foster system, and her father left her with nothing more than a cryptic note.

Then she crosses paths with a terrifyingly real monster. Which is when a mysterious and annoyingly arrogant young warlock named Wade Crowley steps in, introducing her to a hidden world of beasts, magicals, and covens riddled with secrets—as well as clues about her murky past.

Whether she likes it or not, this new world is where she belongs. But after a disturbing twist of events, Harley quickly realizes that her past is darker than she could ever have imagined.And that someone in the coven is out for her blood.

With the help of Wade and her new friends, she must figure out who the traitor is and why they’re targeting her... Before the human and magical worlds dangerously collide.

What would you do if you spotted a man following a young woman, but no-one else could see him?

Like most sane people, student Alex Webber thought he was hallucinating - perhaps he'd consumed something bad at the party he'd been attending that night, or he was severely overtired.

But when he sees the mysterious man following Natalie again the very next day, he can no longer disbelieve his eyes.

Although she denies the man's existence, Alex sees her walking with him down a road in his neighborhood he's never seen before - and can't help but follow. After a bizarre, but strangely short journey, he finds himself standing before a towering iron gate wreathed in gray ivy, behind which looms a decrepit old mansion named Spellshadow Manor.

Spellshadow, with its beautiful yet sinisterly decorated hallways, ever-changing outdoor scenery, and very unusual residents...Alex will quickly learn it is a place that is as wondrous as it is deadly.

What if you found yourself recruited to an institute of magic, only to discover you really couldn't do magic?

What if your enrollment there was all one big, terrible mistake?

If you were at Spellshadow, you'd keep it a secret. A deep, dark, deadly secret...

Because Spellshadow's elusive head is hiding a secret of his own - one that Alex soon realizes he and Natalie must uncover at all costs if either of them wishes to leave the Manor alive...and before it's too late.

America in 2105 is beset with mass inequality, poverty and increasingly large numbers of the poor. This, combined with the breakdown of families and marriages has led to huge economic and societal burdens. A fractured and divided America ushers in an authoritarian government that promises to solve all these problems in one stroke with a radical solution.

Welcome to the CRAS: the Child Redistribution Adoption System. Also known as the cure for America’s failing economy… and the bane of nineteen-year-old Robin Sylvone’s existence.

Under the System, not all parents can expect to keep the children they bring into the world: families who are not self-sustaining have their children taken and given to the rich.

And as a single teen mother, Robin fell within the scope of the scheme and lost her baby two years ago.

After being forced to drop out of school and become a factory worker in order to support herself, she doesn’t see much light in her future—or hold any hope of seeing her child again.

Until she stumbles upon a group of misfits who share her frustrations and desire for change. An underground movement that operates in some rather clever yet unconventional ways…

Série : The Girl Who Dared to Think
notes
7 livres
1 lecteurs

How do you fight an enemy when they're inside your mind?

A gargantuan glass-walled tower looms over a deadly wilderness. They say it's all that's left.

The Tower's survival is humanity's survival, and each must serve it faithfully...

Twenty-year-old Liana Castell must be careful what she thinks. Her life is defined by the number on her wristband - a rating out of 10 awarded based on her usefulness and loyalty to the Tower, and monitored by a device in her skull. A device that reports forbidden thoughts.

Liana is currently a four, the lowest possible acceptable score, and despite her parents' perfect scores of 10, she struggles to increase it. Rebellious ideas come all too easily, and resentfulness seems part of her being. She is an overseer-in-training, but her future will be dark if she cannot raise her worth...

When Liana's worst nightmare comes to pass and she drops to a three, desperation spurs her down a path few dare to tread. A chance encounter with a cocky young man whose shockingly dissident attitude toward the Tower couldn't possibly have earned him the perfect "10" on his wrist, sets her on a trail to save herself - even at the risk of dropping lower.

Stalking the young man seemed like a simple enough task, but after events take an unexpected twist, Liana finds herself taking a treacherous dive into the darkest depths of the Tower...and the decades' old secrets buried within.

In a society where free thinking can make you a criminal, one girl dares to try...

One last adventure. That's all Riley wants before heading off to college and parting ways with her two best friends. Spending their last summer together on a Texas farm in the middle of nowhere isn't quite as exciting as they'd planned...

That is, until they stumble upon secrets no human should know.

Men who appear and disappear.

A giant wing hidden in the creek.

Screams in the dead of night.

Every oddity seems connected to their strange--and alarmingly attractive--new neighbors, led by the stormy-eyed Navan. For reasons she can't explain, Riley feels drawn to him and the story of his past.

But Navan has a monstrous side, one that grants him incredible powers that are not of this world...and ashen skin that feels like fire to the touch.

When events take a dangerous twist, Riley is determined to protect her friends at all costs, but as she unravels each thread of the mystery, she finds herself entangled in a supernatural conquest that is far bigger than Texas... and even Earth itself.

And a journey that could change the fate of the human race.

Prepare for a unique spin on the lore you love - and an adventure that is as thrilling as it is unexpected.

Until they meet me.

One look into my blood-red eyes, and they run screaming.

I have darkness and torment aplenty. More than enough to dig my claws into the chest of a woman I'm in love with, and rip out her heart with my bare hands.

You see, I'm a different breed of antihero than you've likely ever come across...

My name is Kiev Novalic. I am a vampire, and a murderer.

Having betrayed the trust of my own kind and that of the enemies I sold myself to, I have three days left to live.

I stare at the girl in the cell opposite mine.

Mona, she calls herself. A witch born without magic.

She might be my key to freedom, but I should know to stay away.

I should know: some scars are etched too deep to heal.

Liam Swift is a young man Amy has always admired from afar. She's seen his face a thousand times on the screen and in magazines. He seems unstoppable as his talent and beauty send him hurtling toward becoming a Hollywood legend...

Until one day--in what appears to be a fit of madness--he stuns the world by throwing it all away. Not even the most persistent reporter can fathom the reason behind Liam's decision.

Never in Amy's wildest dreams could she have imagined this 25-year-old god of acting would go on to accept employment at her local boarding school. Or that he'd personally start teaching drama lessons.

It seems life can't get much better for Amy ... until the sound of tortured weeping starts echoing through the thin walls of her dorm room each night, leading her to stumble upon a horrifying secret Liam had hoped to keep hidden forever.

Superstar Isabel Morales has never been one to shy away from controversy, and after a particularly daring full-nude shoot in the middle of Wall Street, it's not only the media that has spiralled into a frenzy - fans, and heck, the entire world seem to be up in arms.

But this is just business as usual for the star. Rants, insults, death threats - Isabel and her manager have experienced it all in their time.

At least, that's what they think...

When Isabel suddenly vanishes from a building in broad daylight, Private Investigator Erin Bond receives a desperate call from Isabel's manager requesting her to join forces with the police in solving the mystery.

With such a high profile case on her hands, Erin naturally assumes that she's in for the ride of her career, but given Erin's own celebrity status as an abducted child, she never thought it could become the ride of her life...

What happened to Isabel Morales?

Nothing is quite as it seems.

Curl up with Prince Theon this Christmas...

Nineteen year old Penelope "Nell" O'Hara is geared up for the worst Christmas of her life. The guy she's been dating just dumped her for her best friend, and all she has to look forward to over the break is a stay in Beggar's Hole--a tiny frozen town on the coast of Maine--with her retired father, his latest masseuse girlfriend and her brattish fourteen year old son.

But one night, after storming out of dinner to take a brooding walk among the rocks, a misstep on the ice causes Nell's Christmas to take rather a different turn... She would have died, were it not for a mysterious, heat-exuding hero arriving out of nowhere to scoop her up in his arms, and warm and dry her body.

Coming to, Nell finds herself staring up into a pair of deep gold eyes. Eyes belonging to a man who is quite unlike any she's seen before. His features are chiseled yet sensual, exotic but somber, like something beautiful and wild threatened by extinction. All of six and a half feet tall, and two hundred plus pounds of pure muscle, her savior introduces himself as Theon Aena. His mere touch sends heat surging through her body, reaching down into her fingers and toes, even fluttering from her hair follicles, and his proximity to her brings about strange shudders of pleasure.

After a twist of fate causes her to cross paths with Theon again, Nell's drab, frozen Christmas soon spirals into a firestorm of passion, romance, revelations, and danger...