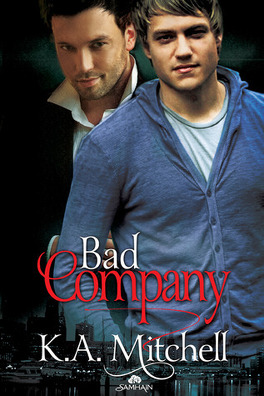 Some things are sweeter than revenge.

“I need a boyfriend.”

Hearing those words from the mouth of his very straight ex-friend is enough to make columnist and editor Nate Gray choke on his Corona. It’s been thirteen years since Kellan Brooks’s father crushed Nate’s family on his climb to wealth and power. Even longer since he entrusted Kellan with the confession that he might be gay—only to have his best friend out and humiliate him to their entire high school. The last thing Nate expects is Kellan begging for his help.

Breaking off his engagement to a senator’s daughter was the last straw for Kellan’s CEO father. Frustrated at being cut off, his father’s stinging words—that he wishes Kellan had never been born—still ringing in his ears, Kellan turns to Nate. In a move worthy of a corporate raider, Kellan plans the ultimate revenge. Come out as the boyfriend of the man his homophobic father betrayed.

Convincing Nate to play along isn’t easy. It’s even harder to figure out why the lie feels so close to the truth.