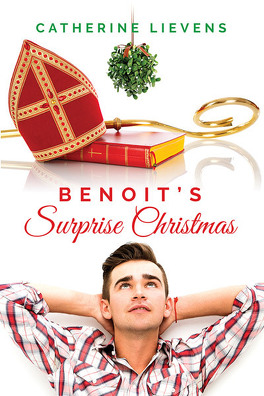 Belgium expat Benoit Girault has only worked in the administrative department of Toys for All in Milwaukee for a few short months, but it’s long enough for him to miss everyone back home and to fall for coworker Jake Manning—not that Jake ever notices him. Or so Benoit thinks.

Jake notices Benoit all right, but he doesn’t want to risk mixing business with pleasure, not when it could create problems in the office. So when Jake’s friend and boss, Randall, tells him to team up with Benoit to organize a Saint Nicholas party, he’s less than thrilled. But as they work together and Jake nurses Benoit through an illness, he realizes some people might be worth risking it all for.