Beyond Love, Tome 5 : Beyond Chance 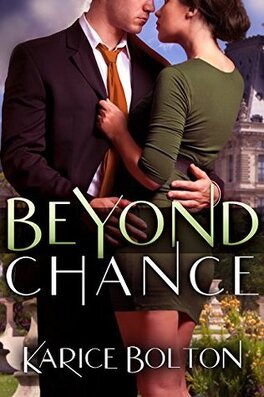 The fifth book in the Beyond Love Series...

Brandy hopes that moving to Paris with Aaron will shield her from the turmoil back in the states. With the trial about to start, she soon realizes running from her past only threatens her future.

As Aaron readies himself for his first gallery opening in Paris, he begins to show another side. It’s up to Brandy to decipher who the real Aaron is, and what it is he wants in life. She refuses to be the person who gets in the way of his dreams.

When a chance encounter with someone in Paris allows Brandy to fully see the man she loves for who he is and not who she thought him to be, she begins to understand the ghosts that have taunted Aaron for so many years.

It’s only then she realizes they must deal with the issues straight on, even if that means letting the other go.

Beyond Love, Tome 5 : Beyond Chance