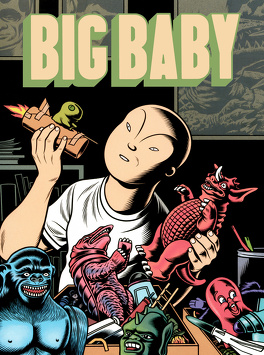 From the creator of the 2005 hit graphic novel Black Hole comes this new softcover edition of his other masterpiece of modern horror. Big Baby is a particularly impressionable young boy named Tony Delmonte, who lives in a seemingly typical American suburb until he sneaks out of his room one night and becomes entangled in a horrific plot involving summer camp murders and backyard burials. Burns' clinical precision as an artist adds a sinister chill to his droll sense of humor, and his affection for 20th-century pulp fiction permeates throughout, creating a brilliant narrative that perfectly captures the unease and fear of adolescence.