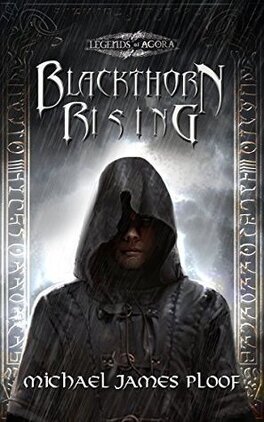 Fifteen year old Dirk Blackthorn has arrived in Kell-Torey hoping to make a fresh start. With winter on the way, and all but a rusty coin spent on his father’s drinking, Dirk sets out to make a name for himself in the city’s criminal underworld.

Krentz has always known that she was different than other dark elves. When she learns of a portal in the catacombs of her father’s palace she cannot resist the lure of freedom, and ventures through it to the fabled land of Agora. With Draggard and Dark Elf assassins on her heels she sets out to make a life for herself in the strange new land.

Destined for love, doomed by fate, Dirk and Krentz must fight to find their place in an ever changing and often hostile world of magic, deception, and danger.