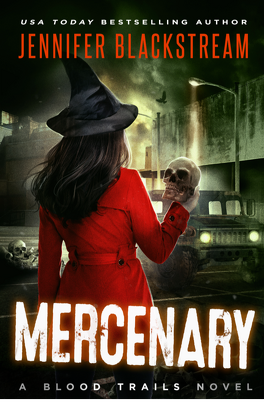 "Political intrigue is for wizards."

Shade has never agreed with her old mentor’s advice more than she does now. But if unraveling a political conspiracy is her only chance to escape the past month of magical boot camp and goblin-sparring, interspersed with seductive attempts by her sidhe master to make their relationship permanent, then so be it.

A government spook saw something he shouldn’t have—a glimpse of the Otherworld that’s costing him his sanity. All Shade has to do is find out what he witnessed before news of his instability reaches his ruthless employers and renders him a liability. Easy peasy.

Until Shade learns that, for a human with no knowledge of the Otherworld, this spook has a lot of monsters pulling his strings. Demons, sidhe, sorceresses, even the vampiric crime lord of Cleveland himself. Any one of them could have frightened the political fixer into madness.

And they’ll do much worse to Shade if she threatens to uncover their secrets.

My third eye. The sense that let witches and other magic users see the world and the creatures in it not just on this plane, but as they were on every plane. If I opened my third eye, I would see the people and places around me as they were in truth, their physical, astral, and even dream selves. No glamour could hide them, no spell could remain secret. The third eye revealed all. And opening it could cost you your life if you weren’t careful. An open mind, a truly open mind, was an invitation for so many horrible things.

Arianne was wrong. My third eye had opened a long time ago, before I knew I was a witch. It had opened wide, and it had given me some of the worst nightmares I’d ever had. It was closed now, and I didn’t know if I could open it again if I wanted to. Right now, I didn’t want to.