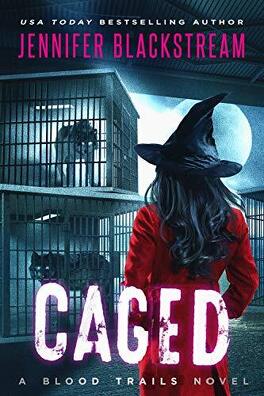 When a murder investigation starts with a mutilated corpse and a savage, newly-turned werewolf, it's normal to hope things improve from there.

But in Shade's experience, it's more likely things will get worse.

A mutiny is brewing in the local werewolf pack, and a homicide involving a close ally of the alpha—Detective Sergeant Liam Osbourne—is exactly the crack in his armor his enemies have been waiting for.

Together with Liam and her FBI partner, Agent Andrew Bradford, Shade will need to stretch her powers to dangerous limits to find the conspirator—not only to prevent another grisly killing, but to halt a campaign of terror reaching far beyond the blood-stained crime scene.

Can they solve the case before treason rips Liam's pack in two?

“Who’s the victim?” My knuckles turned white where I gripped the handle of the door on my side of the SUV. My peripheral vision wasn’t the best in the world, but I was certain Andy had missed sideswiping the truck we’d just passed by less than an inch. Considering he was going at least eighty miles an hour, that was unsettling.

And it had been a big truck.

“Adrian Varca.” He swerved around another vehicle. The driver opened his mouth in a silent shout, his hand hovering, ready to blare his horn at Andy. One glance at the light flashing above the FBI agent’s car, and his hand fell, his fury burning down to a muted death glare.

I tried to force a breath into my lungs without gasping, my hands tingling with a stabilization spell just in case the laws of physics caught up to us. “I take it he’s someone important?”

“He could have been.”

“Could have been?” I clenched my teeth and tore my eyes from the road to give Andy as much of a witchy look as I could while hurtling over the earth at this speed. “Perhaps you could slow down?”

“They’ll have handed the case to whatever detective was on call. I want to get there before they’re too attached.”

“Slow down!” Peasblossom shouted, her voice ringing in my ear thanks to her position pressed against my neck. “You’re going to kill us all before we get there.”