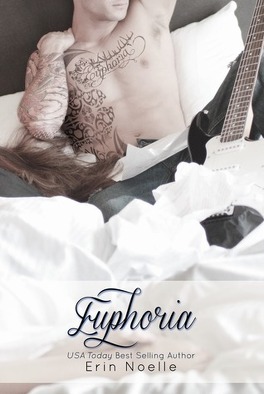 After a series of catastrophic misunderstandings and impulsively poor decision-making, Scarlett MacGregor finds herself once again torn between two loves, as different as they may be. Lacking proper closure with their relationship, accompanied by the overwhelming guilt for her role in his devastating downfall, Scarlett resolves to help Mason recover and reclaim his life as a budding rock star. However, now that he has finally claimed her as his, Ash Walker is bound and determined to keep her by his side, and he will go to any lengths necessary to do just that.

Mason Templeton has hit rock bottom. He’s in love with a girl whose heart and soul belong to another and he’s partied his way off of an international music tour that was supposed to be his big break. Returning home for rehab sounds like the worst possible way to start a new year, but when an unexpected friendship emerges, he begins to realize that maybe everything does happen for a reason.

Euphoria is the third and final installment of Scarlett, Ash, and Mason’s self-discovering journeys to happiness and understanding the meaning of true love ~ the kind that begs for complete surrender.