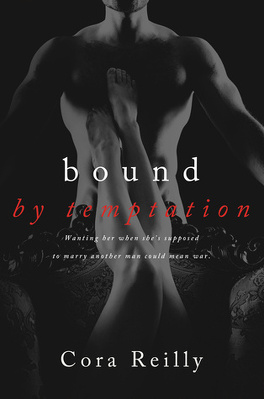 Liliana Scuderi has been in love with Romero from the moment she first saw him. After her sisters were married off for tactical reasons, she hopes she might be allowed to choose a husband for herself, but when her father promises her to a man more than twice her age that hope is crushed. No begging can make him change his mind.

Romero has always ignored Lily’s flirting. Her age and status made her off-limits but even someone as dutiful as him has only so much control. Wanting her when she’s supposed to marry another man could mean war between New York and the Chicago Outfit, and Romero has always put the Cosa Nostra first.

Lily suspects her sisters and Romero would risk everything for her, but is her happiness worth that much? Is love worth a war between the Cosa Nostra and the Outfit?

“The nerve of that girl! From the day she’s been born she’s been nothing but trouble!” Father’s words echoed through the house. Fabiano peered up at me as if I knew the answers to his questions. My own mind was a huge question mark. I wasn’t exactly sure what had happened but I got the gist of it. Gianna had disappeared while she’d been in New York with Aria. Now everyone was looking for her. No wonder Aria hadn’t asked me to visit as well. Not that I would have been too keen on returning to New York after my last embarrassing encounter with Romero four weeks ago. But it still stung that Aria and Gianna had made plans behind my back, behind everyone’s back.

I walked down the stairs, motioning for Fabi to stay where he was, and then I inched toward Father’s office. Mother was there, crying. Father was on the phone, from his still angry but more restrained tone I assumed with his Boss Cavallaro. Cavallaro was the only person that Father truly respected. Mother spotted me in the doorway and quickly shook her head, but I took another step forward and into the office.