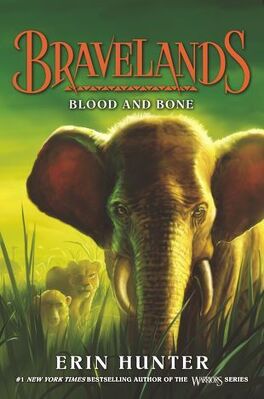 An elephant entrusted with a powerful gift.

A lion treading a dangerous path.

A baboon trapped by the truth.

A great evil has risen. A murderer now leads the animals of the plains. As the elephant Sky leads her herd in a desperate search for Bravelands’ rightful leader, the baboon Thorn is forced to flee his old troop, and the lion Fearless, once their friend, is led astray by a tyrant.

The balance of Bravelands is about to shatter—unless predator, prey, and scavenger unite as one.