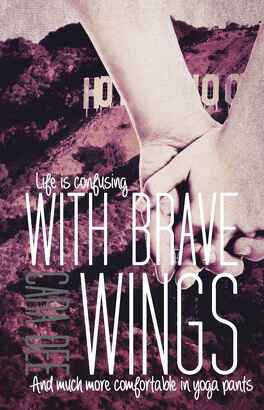 What happens once you've broken free?

Sophie Pierce has shed every part of her old life. She has said goodbye to her father, the friends she once partied with, and even the man she may have lost her heart to. Now, it's time for her to spread her wings and become the person she wants to be, and she's more than ready to work for it. But much like the paparazzi Sophie has come to despise, the past will sneak up on her—much sooner than she could've imagined. It's only a matter of months before she learns that her final night in Vancouver was never the end at all. It was the beginning.

When Tennyson Wright lets Sophie go, he knows something has to change. He's lost sight of who he is, and the wakeup call isn't pretty. Deciding to take a page from Sophie's book, he begins a journey of self-discovery, though everything comes to a screeching halt when he learns through the tabloids that the girl he can't stop thinking about is pregnant.

Their romantic relationship may have ended, but soon their co-parenting responsibilities bring them together to play the Hollywood game by their own rules.