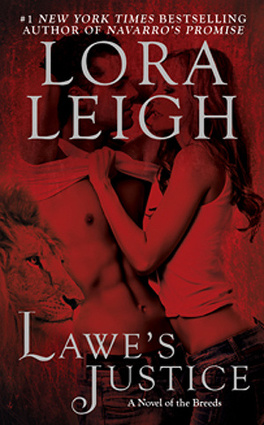 Diane Broen's lived to protect her younger sister Rachel from harm. But now that Rachel has been mated off, Diane's occupied herself with less fulfilling tasks at the Genetics Council--until she's paired with a new team member, a Breed male notorious for his attitude, and a touch that makes her recoil.

Lawe isn't thrilled with her either. A lion at heart, he prefers a lair of solitude. When it comes to females, he'd rather snarl than purr. And while fate may have paired them to fight on the same team, neither is willing to admit to the obvious: the mating heat between them is positively incinerating.

It's only when danger threatens that they make a hotter-than-hell connection--one so explosive it could destroy them. Or, as providence reveals, bind them together, forever.