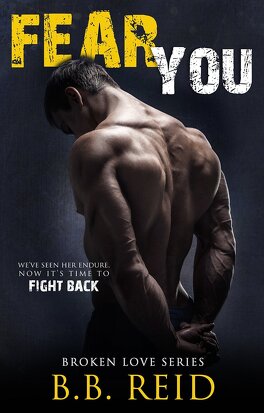 What happens when she's had enough?

Lake Monroe has given in to her childhood tormentor too many times. She knows it, he knows it, and even their enemies know it. When he returned after being found guilty of a crime he didn't commit--a crime he thought she set him up for, he returned darker than ever, demanding her body and her submission. To survive him, she knew she had to give in to fear once more or suffer the deadly consequences...

But Lake experienced what it was like to submit to the dark and demanding boy who invaded her dreams. Now she'll experience what it's like to fight him.

What happens when he wants more?

But after Keiran had conquered her body and tasted her submission, he found a new addiction instead--one he has no intention of giving up.

“Suddenly at a loss for words?”

You have no idea. “Keiran… don’t tease. Touch me.”

“Where you own me,” I coyly answered.

definitely thought this one was better than the previous one.

Livres de B. B. Reid