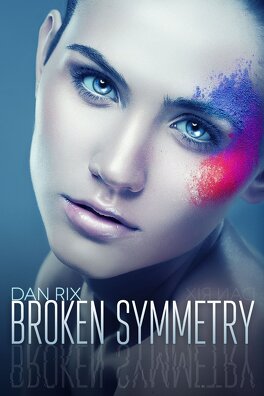 Eleven months after the father of sixteen-year-old Blaire Adams vanished without a trace, he's found wandering outside The Scripps Research Institute vomiting blood and speaking gibberish, his sole possession a worn leather diary filled with an unrecognizable language. He has a message for her.

As he dies in her arms, he claims he never vanished. She vanished.

In a nearby military quarantine zone, scientists are being called in from around the world to sequence a previously unknown strain of DNA. Scientists...and soldiers.

When her father’s autopsy reveals a rare chromosomal disorder—a disorder, it turns out, she inherited—Blaire begins to suspect her father’s last words weren’t induced by amnesia. Like her dad, she has an additional set of instructions in her genes—instructions for what, doctors can’t say. Only one thing is certain: it’s what killed him...and it will kill her too.

But now she’s haunted by prophetic nightmares of the Yellowjacket—a young murderer, eyes the black of charcoal, who lures his victims to suicide without ever paying them a visit. The only clue she has to his handiwork is a lingering feeling of déjà vu. That, and the nagging suspicion that all she knows is a mirage. She is certain of two things—though it may mean confiding in the wrong side of good and evil, he has the answers she needs.

And he is recruiting her.