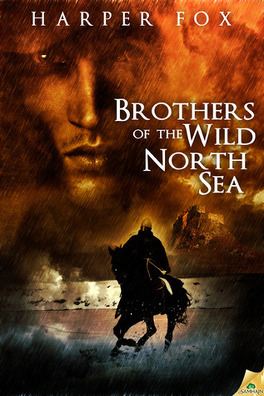 His deadliest enemy will become his heart’s desire.

Caius doesn’t feel like much of a Christian. He loves his life of learning as a monk in the far-flung stronghold of Fara, but the hot warrior blood of his chieftain father flows in his veins. Heat soothed only in the arms of his sweet-natured friend and lover, Leof.

When Leof is killed during a Viking raid, Cai’s grieving heart thirsts for vengeance—and he has his chance with Fenrir, a wounded young Viking warrior left for dead. But instead of reaching for a weapon, Cai finds himself defying his abbot’s orders and using his healing skills to save Fen’s life.

At first, Fen repays Cai’s kindness by attacking every Christian within reach. But as time passes, Cai’s persistent goodness touches his heart. And Cai, who had thought he would never love again, feels the stirring of a profound new attraction.

Yet old loyalties call Fen back to his tribe and a relentless quest to find the ancient secret of Fara—a powerful talisman that could render the Vikings indestructible, and tear the two lovers’ bonds beyond healing.

Warning: contains battles, bloodshed, explicit M/M sex, and the proper Latin term for what lies beneath those cassocks.