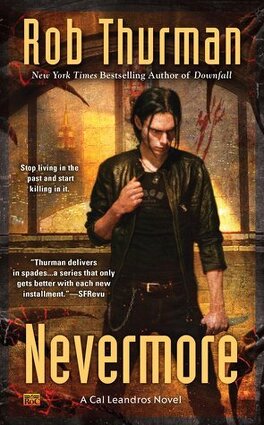 Everyone knows that. I knew it intimately as everyone in my life died thanks to my one seemingly harmless mistake. I'd brought down Heaven, lifted up Hell, and set the world on fire, all due to one slip of the memory.

I forgot the pizzas...

Caliban is a dead man. The Vigil, a group devoted to concealing the paranormal from humanity, has decided Cal has stepped out of the shadows once too often, and death is the only sentence. They plan to send a supernatural assassin into the past to take down the younger, less lethal Cal.

But things change when The Vigil makes one last attempt on Caliban's life in the present—and end up destroying everyone and everything he cares about.

Now, Cal has to save himself, warn those closest to him, and kill every Vigil bastard who stole his world. But if he fails, he and everyone in his life will be history…