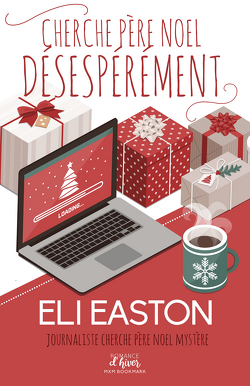 ON FRIDAY NIGHT, I went over to Jordan and Owen’s place for dinner. Jordan had been unusually pushy about it, bugging me by email and text. He said he had something he wanted to discuss with me. I didn’t have any other hot plans except working on my article, so I went. Hey, if Jordan wanted to talk, I was prepared to be there for him, like a bro.
When Jordan let me in, he was wearing a screaming pink T-shirt with Japanese writing on it. The pink brought out his dark hair and eyes, but, man, only an artsy guy like Jordan could get away with that color. Then again, I’d seen him sport neon yellow Diesel underwear that peeked out an inch above his low rider jeans, so this was hardly his most daring look. He had a strange expression on his face tonight, though. He looked nervous.
“Oh, h-hey, Gabe.” He sounded nervous.
I was immediately wary. My gaze flickered to look behind him. “What’s going on?”
“Nothing! Why?” Jordan took my wrist and pulled me into the apartment. The door shutting behind me felt a little ominous.
“Um… because you look like you’ve been caught with your hand down your pants?” I said. “Oh. Right. Did I come at a bad time? Were you and Owen, like…” I made an obscene gesture with my hand.
“Ha-ha, don’t be silly.” Jordan’s laugh was fake. “Just come into the kitchen. Dinner’s still in the oven.”
“You mean you haven’t unboxed the pizza yet?” I snickered.
“I could pretend I slaved all day, but it’s frozen lasagna, actually.”
“Hey, that stuff’s not cheap.” Lasagna sounded great to me. Mi mama made a killer one with chicken and enchilada sauce and olives. But I liked the regular Italian kind too. As long as it had cheese, I was happy.
When I walked into the kitchen, I saw the source of Jordan’s guilty look. It was impossible to miss. Owen was at the sink rinsing something, and standing at the counter, cutting up veggies, was an absolute giant.
Mack “the Mountain” McDonall. Was standing. In Jordan and Owen’s kitchen. Madre de Dios.