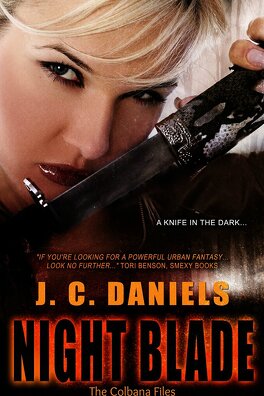 Kit Colbana is always biting off more than she can chew. She has a knack for finding trouble. This time, though, trouble finds her. Someone from her past drops a case into her lap that she just can’t refuse...literally.

People on the Council are dying left and right and she’s been requested to investigate the deaths. The number one suspect? Her lover, Damon. If she doesn't clear his name, he gets a death sentence. Even if she succeeds? They still might try to execute him. Oh, and she’s not allowed to tell him about the case, either.

The stakes are high this time around, higher than they've ever been. Kit may be forced to pay the ultimate price to save her lover’s life...a price that could destroy her and everything she loves.

I excel at ignoring certain things.

Justin wouldn’t be ignored for long, but I could damn well put him off for one day and that was exactly what I did.

I had to get to the bank. Two checks from two different jobs, just waiting to be cashed.

And besides…I had a date. Since I had some money that didn’t immediately have to be poured into fixing or strengthening my wards, I did something I never did. I went and bought a new outfit.

Nothing fancy because I still needed to be able to move, especially since I was meeting Damon at Drake’s. Walking into a shapeshifter hangout looking like a sex kitten wasn’t going to do me any good, because then I’d be nervous and I’d freak myself out…yeah, not going there.

But a new top, the same shade of gray as Damon’s eyes, new jeans. I could do that.