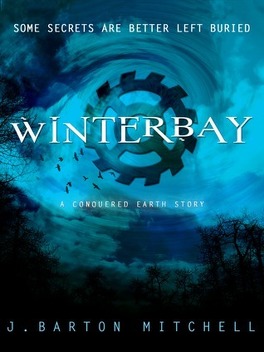 Mira Toombs has fled Midnight City, leaving behind her home and the people she loves in a desperate gamble to repair the damage her Tone enhancing artifact has caused. It is a journey that will lead her to Winterbay, an infamous, frozen city built in the middle of Lake Michigan. A place of secrets and conspiracies – and the one place more dangerous for Mira than Midnight City. Winterbay is the last bastion of the World Before, a place that has shunned the power of the Strange Lands, and where being a Freebooter means the death sentence.

To get what she needs, Mira must take a desperate bargain. One that will lead her into the city's icy depths, where its greatest and most dangerous secret lies guarded by a massive, deadly machine that rumor and myth say only one person can disarm. The one person not allowed inside the city walls.