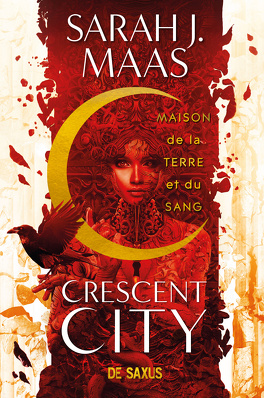 "Through love, all is possible."

"Bryce," Randall said. "If it bothers you, you should see a medwitch."

"It doesn't bother me," Bryce said through her teeth.

"Then why have you been rubbing your leg under the counter ?" Hunt drawled.

"Because I was trying to convince it not to kick you in the face, asshole," Bryce hissed.

''Bryce, sweetheart, just get back to your apartment and give me an hour and -''

Huny couldn't stop his own tears then. ''I was waiting for you, too''.

She smiled, even as she sobbed again.

''Please,'' Hunt begged. ''Please Bryce. You have to go now. Before more come through.''

She opened her eyes and go to her feet as true night feel. Faced the Gate halfway down the block. ''I forgive you - for the shit with the synth. For all of it. None of it matters. Not anymore'' She ended the call and leaned Danika's sowrd against the wall of the shelter alcove. Place her phone carefully on the ground next to it.

She ran for the Gate.

« Bryce’s face crumpled as she lurched to her feet, sprinting to the Gate.

She didn’t care how it was possible as Danika said again, “Light it up.”

Bryce slammed her palm onto the bronze disk of the Gate.

Stunned silence filled the conference room as Bryce plunged into her power.

Declan Emmett didn’t look up from the feeds he monitored, his heart thundering.

“It’s not possible,” the Autumn King said. Declan was inclined to agree.

Sabine Fendyr murmured, “Danika had a small kernel of energy left, the Under-King said. A bit of self that remained.”

“Can a dead soul even serve as an Anchor?” Queen Hypaxia asked.

“No,” Jesiba replied, with all the finality of the Under-King’s emissary. “No, it can’t. »

The Archangel looked at Isaiah, then Hunt. Then her. Micah’s gaze roved over her body. Her face. She knew that gaze, that slow study.

Too fucking bad that Micah was about as warm as a fish at the bottom of a mountain lake.

Too fucking bad he often worked with her father on city matters, and on House business—too bad he reminded her of her father.

She said to Micah, “It was nice to see you again, Your Grace.” Then the elevator doors opened, as if some god had willed them to make a good exit. She nudged Hunt inside, and was following him in when a cold, strong hand gripped her elbow. She batted her eyelashes up at Micah as he stopped her between the elevator doors. Hunt didn’t seem to be breathing. As if he were waiting for the Governor to rescind his deal. But Micah purred, “I would like to take you to dinner, Bryce Quinlan.” She pulled out of his grip, joining Hunt in the elevator. And as the doors closed, she looked the Archangel of Valbara full in the face. “Not interested,” she said.