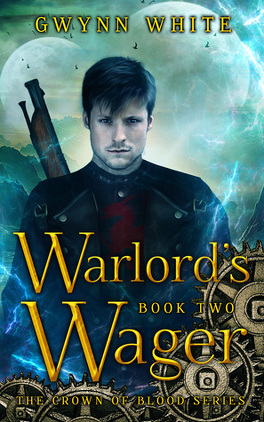 Treason. Prophecy. The world as they knew it is gone forever…

Emperor Lukan Avanov has no equal. Despite his power, even he can’t break the curse that predicts his death at the hands of his own son. Desperate to keep the prophecy from coming true, Lukan banishes his dangerous wife Lynx from the Heartland. As he tries to focus his attention on the war with Treven, he must rely on a bitter rival to keep his throne and the empire safe.

Axel Avanov is third in line to the throne but first in Lynx’s heart. Unwilling to support Lukan’s plan to control his subjects’ minds, he enlists the help of unlikely allies and outlawed weapons to fight for his future. But will his military genius be enough to outwit the ever-present danger within the empire?