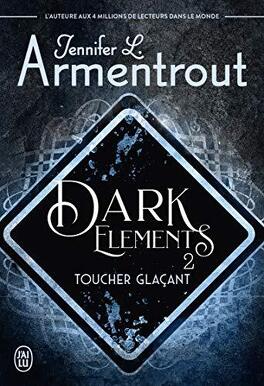 « You’re going to go against Hell—against your boss?”

He grinned as he shrugged. “Yes.”

“Why would you risk that?”

His eyes met mine. “You know the reason. Deep down, you know. »

Ten seconds after Mrs. Cleo moseyed on into biology class, flipped on the projector and turned off the lights, Bambi decided she was no longer comfortable where she was currently curled around my waist.

Sliding along my stomach, the very active demonic snake tattoo was not a fan of sitting still for any length of time, especially not during a boring lecture on the food chain. I stiffened, resisting the urge to giggle like a hyena as she cruised up between my br**sts and rested her diamond-shaped head on my shoulder.

Five more seconds passed while Stacey stared at me, her brows raised. I forced a tight smile, knowing Bambi wasn’t done yet. Nope. Her tongue flicked out, tickling the side of my neck.

I clamped my hand over my mouth, stifling a giggle as I squirmed in my seat.

“Are you on drugs?” Stacey asked in a low voice as she brushed thick bangs out of her dark eyes. “Or is my left boob hanging out and saying hello to the world? Because as my best friend, you’re obligated to tell me.”

Even though I knew her boob was in her shirt, or at least I hoped so since her V-neck sweater was pretty low cut, my gaze dipped as I lowered my hand. “Your boob is fine. I’m just...antsy.”

She wrinkled her nose at me before returning her attention to the front of the classroom. Drawing in a deep breath, I prayed that Bambi would remain where she was for the rest of the class. With her on my skin, it was like having a mad case of the tics. Twitching every five seconds wasn’t going to help my popularity, or lack thereof. Luckily, with the much cooler weather and Thanksgiving fast approaching, I could get away with wearing turtlenecks and long sleeves, which hid Bambi from sight.

Well, as long as she didn’t decide to crawl up on my face. Something she liked to do whenever Zayne was around. He was an absolutely gorgeous Warden—a member of the race of creatures who could look human at will, but whose true form was what humans called gargoyles. Wardens were tasked with protecting mankind, hunting what went bump in the night...and during the day. I’d grown up with Zayne and had nursed one heck of a puppy-dog crush on him for years.

Bambi shifted, her tail tickling the side of my stomach.

I had no idea how Roth had dealt with Bambi crawling all over him.

My breath caught as a deep, unforgiving pang hit me in the chest. Without thinking, I reached for the ring with the cracked stone—the ring that had once held the blood of my mother, the Lilith—dangling from my necklace. Feeling the cool metal between my fingers was calming. Not because of the familial bond, since I really didn’t claim a relationship with my mother, but because, along with Bambi, it was my last and only link to Astaroth, the Crown Prince of Hell, who had done the most undemonic thing.

I lost myself the moment I found you.

Roth had sacrificed himself by being the one to hold Paimon, the bastard responsible for wanting to unleash an especially nasty race of demons, in a devil’s trap meant to send its captive to Hell. Zayne had been doing the honors of keeping Paimon from escaping, but Roth...he’d taken Zayne’s place.

And now he was in the fiery pits.

Leaning forward, I propped my elbows on the cool table, completely unaware of what Mrs. Cleo was droning on about. Tears burned the back of my throat as I stared at the empty chair in front of me that used to belong to Roth. I closed my eyes.

Two weeks. Three hundred and thirty-six hours, give or take a few, had passed since that night in the old gymnasium and not a second had gotten easier. It hurt as if it had happened an hour ago and I wasn’t sure if a month or even a year from now would be any different.

One of the hardest parts was all the lies. Stacey and Sam had asked a hundred questions when Roth hadn’t returned after the night we had located the Lesser Key of Solomon (the ancient book that had the answers to everything we’d needed to know about my mother) and had been caught by Abbot (the leader of the Warden clan in D.C. who had adopted me as a young girl). They’d stopped eventually, but it was still another secret I was keeping from them, two of my closest friends.