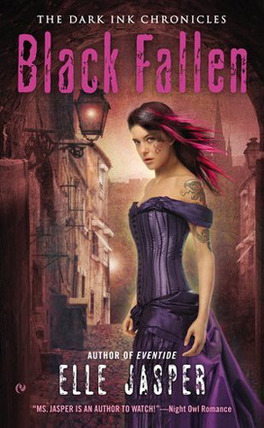 There’s only one thing more lethal than a vampire.

A Black Fallen. Rather, a fallen angel engulfed in the blackest of magic.

And three of the most dangerous have descended upon Edinburgh…

Tattoo artist, RILEY POE, has changed. After surviving the bites of three potent Strigoi, she has acquired traits from each that parallel those of the most lethal of vampires. Her strength, speed, hearing are unmatched. She’s a stick of dynamite, fuse lit. She’s about to put those unique powers to good use. And she’ll need them.

Now that the rogue bloodsuckers plaguing the Lowcountry are under control once more, and Riley, along with her guardian vampire, ELI DUPRE, Riley’s brother, SETH POE, and Eli’s brother, PHIN DUPRE, and Strigoi vampire VICTORIAN ARCOS agree to join JAKE ANDORRA’S elite WUP team. Worldwide Unexplained Phenomenon takes cases too powerful and dangerous for mere humans to handle. Comprised of vampires, humans with tendencies, immortal druids, werewolves and witches, there aren’t many situations the WUP members can’t handle. But there are unholy, lethal disturbances in the ancient city of Edinburgh, Scotland, and Riley and the others accept the mission.