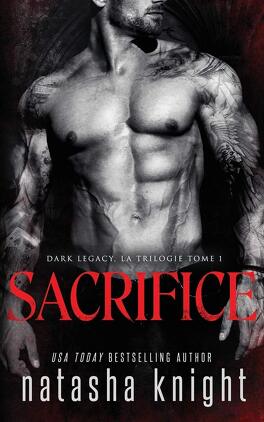 This generation’s crop yielded the usual, but instead of four perfect, beautiful dolls, there were three.

And today, our twenty-first birthday, is the day of harvesting.

That’s the Scafoni family’s choice of words, not ours. At least not mine. My parents seem much more comfortable with it than my sisters and I do, though.

Harvesting is always on the twenty-first birthday of the quads. I don’t know if it’s written in stone somewhere or what, but it’s what I know and what has been on the back of my mind since I learned our history five years ago.

There’s an expression: those who cannot remember the past are condemned to repeat it. Well, that’s bullshit, because we Willows know well our past and look at us now.

The same blocks that have been used for centuries standing in the old library, their surfaces softened by the feet of every other Willow Girl who stood on the same stumps of wood, and all I can think when I see them, the four lined up like they are, is how archaic this is, how fucking unreal. How they can’t do this to us.

Yet, here we are.

And they are doing this to us.

But it’s not us, really.

My shift is marked.

So it’s really my sisters.

Sometimes I’m not sure who I hate more, my own family for allowing this insanity generation after generation, or the Scafoni monsters for demanding the sacrifice.

“It’s time,” my father says. His voice is grave.

He’s aged these last few months. I wonder if that’s remorse because it certainly isn’t backbone.

I heard he and my mother argue once, exactly once, and then it was over.

He simply accepted it.

Accepted that tonight, his daughters will be made to stand on those horrible blocks while a Scafoni bastard looks us over, prods and pokes us, maybe checks our teeth like you would a horse, before making his choice. Before taking one of my sisters as his for the next three years of her life.

I’m not naive enough to be unsure what that will mean exactly. Maybe my sisters are, but not me.

I look at my sisters who already stand so meekly on their appointed stumps. They’re all paler than usual tonight and I swear I can hear their hearts pounding in fear of what’s to come.

When I don’t move right away, my father painfully takes my arm and lifts me up onto my block and all I can think, the one thing that gives me the slightest hope, is that if Sebastian Scafoni chooses me, I will find some way to end this. I won’t condemn my daughters to this fate. My nieces. My granddaughters.

But he won’t choose me, and I think that’s why my parents are angrier than usual with me.

See, I’m the ugly duckling. At least I’d be considered ugly standing next to my sisters.

And the fact that I’m unclean—not a virgin—means I won’t be taken.

The Scafoni bastard will choose one of their precious golden daughters instead.

Golden, to my dark. Golden—quite literally. Sparkling almost, my sisters.

I glance at them as my father attaches the iron shackle to my ankle. He doesn’t do this to any of them. They’ll do as they’re told, even as their gazes bounce from the closed twelve-foot doors to me and back again and again and again.

But I have no protection to offer. Not tonight. Not on this one.

The backs of my eyes burn with tears I refuse to shed.

“How can you do this? How can you allow it?” I ask for the hundredth time. I’m talking to my mother while my father clasps the restraints on my wrists, making sure I won’t attack the monsters.

It’s my mother’s response to my question and, a moment later, my father does as he’s told and ensures my silence.

I hate my mother more, I think. She’s a Willow quadruplet. She witnessed a harvesting herself. Witnessed the result of this cruel tradition.

A tradition of kidnapping.

I look to my sisters again. Three almost carbon copies of each other, with long blonde hair curling around their shoulders, flowing down their backs, their blue eyes wide with fear.

Well, except in Julia’s case.

She’s different than the others. She’s more…eager. But I don’t think she has a clue what they’ll do to her.

Me, no one would guess I came from the same batch.

Opposite their gold, my hair is so dark a black, it appears almost blue, with one single, wide streak of silver to relieve the stark shade, a flaw I was born with. And contrasting their cornflower-blue eyes, mine are a midnight sky; there too, the only relief the silver specks that dot them.

I look like my great-aunt, also named Helena, down to the silver streak I refuse to dye. She’s in her nineties now. I wonder if they had to lock her in her room and steal her wheelchair, so she wouldn’t interfere in the ceremony.

Aunt Helena was the chosen girl of her generation. She knows what’s in store for us better than anyone.

She has super hearing, I swear, but then, a moment later, I hear them too.

A door slams beyond the library, and the draft blows out a dozen of the thousand candles that light the huge room.

A maid rushes to relight them. No electricity. Tradition, I guess.

If I were Sebastian Scafoni, I’d want to get a good look at the prize I’d be fucking for the next year. And I have no doubt there will be fucking, because what else can break a girl so completely but taking that of all things?

And it’s not just the one year. No. We’re given for three years. One year for each brother. Oldest to youngest. It used to be four, but now, it’s three.

I would pinch my arm to be sure I’m really standing here, that I’m not dreaming, but my hands are bound behind my back, and I can’t.

This can’t be fucking real. It can’t be legal.

And yet here we are, the four of us, naked beneath our translucent, rotting sheaths—I swear I smell the decay on them—standing on our designated blocks, teetering on them. I guess the Willows of the past had smaller feet. And I admit, as I hear their heavy, confident footfalls approaching the ancient wooden doors of the library, I am afraid.