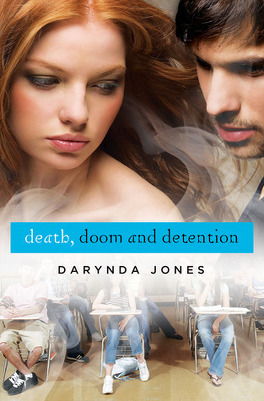 I was six years old, napping in the backseat of my father’s car, when I first saw the end of the world. Granddad had preached that morning about loving thy neighbors, and I fell asleep wondering if he meant all our neighbors or just the ones right next door. Thankfully, Tabitha Sind didn’t live right next door. She lived a few houses down from us, so surely I couldn’t be held accountable for not loving her. She’d pulled my hair in kindergarten. On purpose!

As my eyes drifted shut on the ride home after Sunday dinner, I figured I’d have to at least try to love her. Granddad said so. So I pondered how I was going to manage such a miraculous feat as the car swayed and the sun cast shadows that slid across the back glass, coaxing my eyes shut for longer and longer periods of time until I fell into a deep slumber.

Or so I thought. What seemed like seconds later, a vision—so bright, it blinded me; so sharp, it ripped through my skull—flashed hot in my mind. I’d had the vision before, but only in dreams and never with such urgency. Such desperation. This time it had enough weight behind it to seize my lungs.

And they would kill us all where we stood.

I awoke to the sound of my own screams. To Mom draped over her seat, trying to grab me. To Dad swerving off the road, barely missing a semi. He careened onto the shoulder and ground to a stop, the tires kicking up dirt around us until the world outside became a brown haze. Mom unfastened my seat belt and pulled me over the seat, into her lap.

But I couldn’t catch my breath. As the dirt settled on the windows around us, I screamed and kept screaming, terrified beyond reason. I didn’t understand what was happening. I just knew we were all going to die.

I clutched at my mother’s jacket and begged my parents, who were the smartest people alive as far as I was concerned, to stop the darkness from leaking in. They gave each other worried glances before my mother cradled me to her and said to him, “Already? So soon?”

Dad bit down, his bright gray eyes watering as he asked, “Where is it, pix? Where’s the gate?”

Trembling uncontrollably and unable to draw in enough air to speak, I pointed a shaky finger. Farther down the canyon. Farther away from our home in Riley’s Switch. Around the twists and turns of Abo Pass. Closer and closer to the ancient Pueblo missions. The ruins. The sacred grounds where the beginning of the end was seeping onto Earth.

My father peeled through the dirt and gravel, following my lead, but my mother begged him to stop. To turn around. To go back for help.

“There’s no time,” he said, his jaw set in determination.

She pulled me closer and I was no longer sure which of us was shaking more.