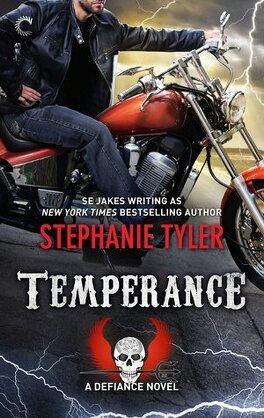 Book four of the Defiance Series

The reluctant truce between the Defiance MC and Keller's mafia was borne out of a shared hatred for the Lords of Vengeance—bloodthirsty thugs who pose a deadly threat to both Defiance's survival and Keller's people. For Rebel, a legacy member of Defiance, this means more than just a secondary war in an already brutal postapocalyptic world: Declan, one of Keller's main assassins, has moved to the Defiance compound.

He and Declan have a history, one that Rebel walked away from when the relationship threatened to become more than just covert sex. Now Rebel's charged with keeping Declan close, and the proximity means more than being faced with his mistake—Rebel's been hiding his preference for men from his MC. Is he willing to lose Declan…or Defiance?

When Declan goes after a mysterious group called the Nomads, Rebel realizes that the LoV isn't the biggest enemy Defiance faces. But when one of Declan's jobs threatens to put the MC—and Rebel—in direct danger, Declan's deepest secret is revealed. A secret no one in Defiance is prepared for, and one that will force Rebel to choose between his head and his heart.