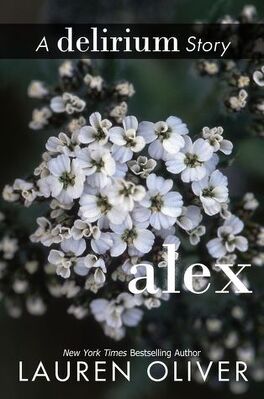 When Alex sacrificed himself to save Lena, he thought he was committing himself to certain death, but what he got was almost worse. Imprisoned and tortured by the guards, his mind forces him to relive a past he would rather forget. But in the dark he grows stronger. Both hopeful and terrified, he fights to find his way back to her and the love he still clings to.

In my mind, I was reliving my whole life again---- slowly, taking my time. Delaying.

Because I knew, sooner or later, I’d get to her.

And then… Well, I’d already died once. I couldn’t live through it again.

The guards lost interest in me after a while.

In the quiet, and the dark, I got stronger. Eventually she came. She appeared suddenly, exactly like she’d done that day----she stepped into the sunshine, she jumped, she laughed and threw her head back, so her long ponytail nearly grazed the waistband of her jeans.

After that, I couldn’t think about anything else. The mole on the inside of her right elbow, like a dark blot of ink. The way she ripped her nails to shreds when she was nervous. Her eyes, deep as a promise. Her stomach, pale and soft and gorgeous, and the tiny dark cavity of her belly button.

I nearly went crazy. I knew she must think I was dead.

What had happened to her after crossing the fence? Has she made it? She had nothing, no tools, no food, no idea where to go. I imagined her weak, and lost. I imagined her dead.

I knew I would never see her again.

But hope got in, no matter how hard and fast I tried to stomp it out. Like these tiny fire ants we used to get in Portland. No matter how fast you killed them, there were always more, a steady stream of them, resistant, ever-multiplying.