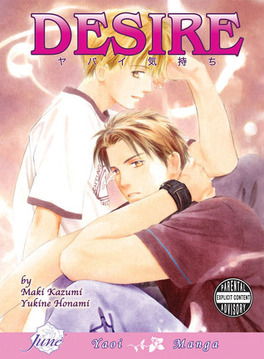 Toru is a shy and quiet student who has developed a special crush on his close friend Ryoji, the most popular member of the high school swim team. In front of Ryoji, Toru hides his feelings and acts as if he is just one of Ryoji's good friends, but in a moment out of the blue his world will be turned upside down as Ryoji will confess a secret desire for Toru. Dazzled, Toru can barely hide his excitement for Ryoji and quickly accepts his offer. As time passes, Toru's happiness begins to fade knowing that his affair with Ryoji was just a fling based out of Ryoji's sexual curiosity.

Toru, adamant about his feelings for Ryoji, confides in another one of his close friend, Kashiwazaki, about his dilemma. The two set off to devise a plan to test Ryoji's true intentions by faking a romantic relationship. Soon after, a frustrated and jealous Ryoji attempts to pry Toru out of the arms of Kashiwazaki. Is it just as they planned? Yeah! That is of course until Toru realizes Kashiwazaki wasn't really faking! How could he not have seen it coming?