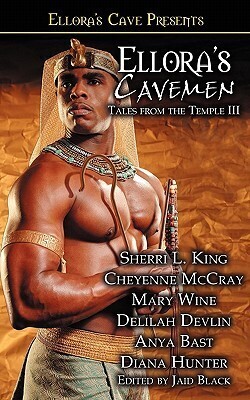 Earth in the 23rd century is crowded and unable to feed her ever-growing population. Homesteading on another planet beckons to the struggling masses. Leah eagerly embraces the struggle even when she finds herself facing a Tailarmarian warrior and his demands that she become his mate. Beyond time and customs there still waits the spark of attraction that can bridge the hearts of two strangers.

The war between the Shikars and the Daemons must be kept secret from all human knowledge. Alek, a human with photographic proof of the Horde’s existence, must be dealt with quickly, before his pictures leak out. Agate, a Shikar spy whose fascination with human custom knows no bounds, is the perfect liaison to send to divest Alek of his pictures and his dangerous memories. If only she can keep her libido in check.

After a month-long sleep filled with dreams of a dark-skinned lover in a castle beneath the sand, Captain Andromeda O’Keefe awakens in her suspension chamber to discover her dangerous cargo has escaped. Worse, naked and at his mercy, she learns her sexy, forbidden dreams weren’t hers alone.

The fate of her people lies in Cerian’s hands. To win against their foes, she must become what none of the sidhe have ever been—a Vampir. The dark and powerful man sent to transform her is compelling and seductive. He is a dangerous aphrodisiac she must resist. One taste of Cerian makes Rhys ravenous for more, and when he hungers he doesn’t relent.

Analeen is terrified of wolves—one of the beasts murdered her mother years ago. But when she is captured by slave traders, it is a wolf that saves Analeen’s life when it attacks the traders. She escapes the carnage, only to be captured by wild man Law, who refuses to take a human female as his mate. But when he brings the beautiful Analeen into his care, he can’t stay away.

What happens when two writers of the hottest, steamiest, sexiest romance novels marry each other, yet hide their inner desires from each other?

The color on her face actually bled down her neck and onto her chest. Leah watched her breasts swell with just the idea of the man. She didn’t know him but there was a deep awareness of the man inside her head.

Of course he’d said he was empathic. Which made her imagine some very naughty possibilities. Leah giggled because she didn’t think she’d been considered “naughty” since she was five years old. But, well, the idea of sharing…intimate ideas through just her thoughts was…naughty.

It was such a tempting idea. Leah wandered away from the mirrors and back into the bedchamber as she battled her better judgment. Her entire life had been correct. Proper. Her few acts of boldness had always been kept tightly leashed inside her mind.

Now she’d met a man whom she couldn’t hide those thoughts from. Leah moved closer to the bed and ran a hand lightly over the covers. All she had to do was summon the man.

“Your thoughts have already done that, Sister Leah.”