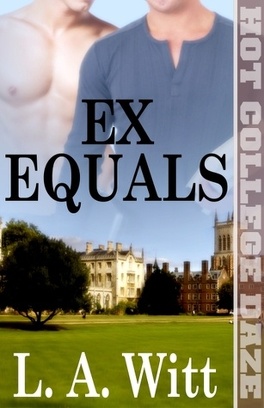 On the first day of his new career as a community college math teacher, Chris Reuben gets an unexpected - and most unwelcome - blast from the past: one of his students is his former shipmate...and ex-boyfriend.

Justin Hayes isn’t after a second chance when he signs up for an algebra class taught by his ex. All he wants besides a passing grade is a chance to make amends with the man he loved and hurt while they were deployed together three years ago.

Pain, guilt, and bitterness aren’t the only lingering feelings, though, and even if three years is enough to melt the ice between them, they’ve already risked their careers for each other once. Can Justin convince Chris that what they once had is worth putting careers and hearts on the line again?