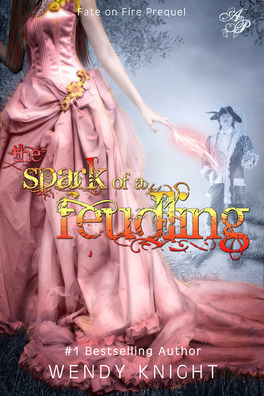 Hate can start a war, but a shattered heart can fuel it for centuries.

Everything Ada does is wrong. She’s the daughter of a Duke but she isn’t proper or for-mal. She prefers the company of her servants—particularly Christian, the boy she’s loved since she was six years old, and his sister, Charity, Ada’s very best friend in the entire world.

Ada isn’t just the daughter of a Duke. No, she’s the daughter of one of the most power-ful Edren sorcerers alive, and no matter how strong she is, it isn’t strong enough. Ada will give up almost everything to earn her father’s pride.

Christian has loved Ada since the day his mother became her governess. But two societies are determined to keep them apart—the aristocracy who say a groom will never be good enough for a Duke’s beautiful daughter, and the sorcerers who say a Carules and an Edren can never be together. Christian will do anything to make Ada his—even drive himself to madness.

When Ada suspects her father of hurting Charity and Christian in his quest for knowledge, she is torn between loyalty to him, and a fierce determination to protect them. The division tears her soul and breaks her heart.

The pieces of her broken heart will start a war that can only be stopped by the death of the most powerful warrior alive by the hand of the boy who loves her.