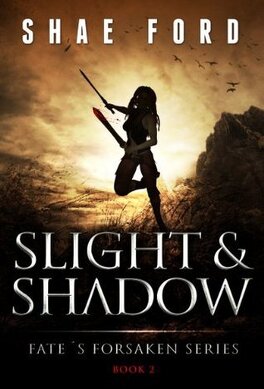 Winter has finally broken its hold over the Kingdom — but as the snows melt, trouble springs up in its place. A dark cloud hangs over Midlan: the army has retreated behind its high walls, not a word slips out from between its gates. And rumors swirl that the King has gone mad.

Kael knows nothing of this: his sights are on the plains. But with his horrible luck following him wherever he goes, it doesn’t take long for his plan to unravel. He finds himself trapped in Gilderick's clutches and forced to work as a slave, laboring alongside the giants — who don’t exactly welcome him. In fact, he begins to suspect that some would rather see him dead. If Kael is going to have any chance to survive, he’ll have to come up with a new plan — and quickly.

Meanwhile, Kyleigh finds herself locked in a sprint across the desert. Time presses against her: there is a force gathered in Whitebone that threatens to undo everything, should it reach the plains. But her pride blinds her to the dangers, and it isn't long before she and her companions are lost among the towering dunes. The strange magic of the sun drains their strength, misfortune nips at their heels, but they are determined to save their friends. And so they'll brave the desert's every peril — be it storms or cave trolls … or flesh-eating worms.