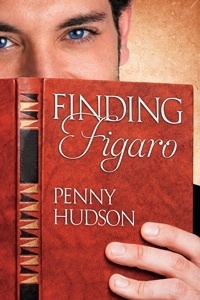 Aspiring author Jasper decides it’s a good idea to treat a major publisher’s gala like his private pitch event, but the only attention he attracts is from sexy bestselling author Isaac Wright. Isaac is far more interested in his pretty face than his manuscript, but Jasper kisses up to him anyway. The attraction is mutual, until Jasper reads one of Isaac's books—a political thriller—and hates it. He decides he can't date someone if he detests their work—a pretentious attitude partially influenced by his snotty critique group—so he decides to turn his attention to his closet obsession: Figaro Powers, a romance writer. Although Jasper will never admit to reading romance, knowing Figaro was at the gala as well and Jasper missed seeing him, makes the obsession even bigger.

Isaac doesn’t give up on Jasper, though and offers to help him edit his manuscript. A pregnant sister and a stuck-up ex-boyfriend thwart their efforts, but it’s only when Miles, Jasper’s housemate, forces the issue that Jasper confesses to Isaac that he hates his book, and breaks Isaac’s heart. Despite this, Isaac sticks up for Jasper, and Jasper needs to reconsider whether the kind of books you read and write really says everything about the kind of person you are.