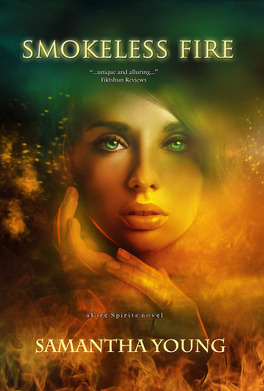 When eighteen year old Ari Johnson is transported from her bedroom into the chilling realm of Mount Qaf - home to the terrifying and mercurial Jinn - she learns a truth that rocks her very world. Suddenly her anxiety over college and her broken friendship with Charlie seem like small change compared to the war she now finds herself stuck in the middle of. Her unease isn’t lessened any by the hot guardian, Jai, who won’t stop following her around everywhere - a Jinn whose loyalty Ari hates to question but must. She has no idea who she can trust.

When the truth burns through her life in its determination to turn it to ashes, Ari will have to battle with ancient deadly creatures, epic family drama and heart-wrenching romantic entanglements.