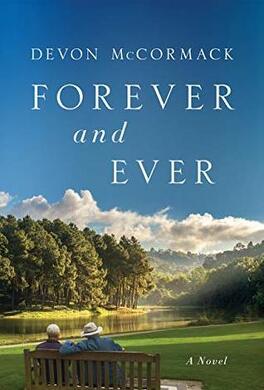 They missed out on love...or so they thought.

At seventy-seven, Wes Brenner is certain he's lived a full life. But one thing he'll never know is true love.

When he heads to Heathrow Estates retirement community, planning to spend the rest of his days playing golf and taking spin classes, he runs into an acquaintance from his hometown: Art Cromley.

Although they'd never discussed it when they were younger, they shared a secret. And what begins as catching up on the good ole days transforms into long walks, which turns into so much more...

Wes begins feeling something for Art...something he never allowed himself to feel before.

Art Cromley spent his life chasing romance and love, but instead, found liars and cheaters.

He gave up on silly notions of 'happily ever after' and 'forever and ever' a long time ago, but when Wes Brenner comes to live at Heathrow Estates, Art discovers a connection unlike anything he's ever experienced with another man--a connection that gives him a reason to hope.

But isn't it too late for them?

Isn't it too late for love or dreams of forever and ever?

He approached Wes and said, “Hey, housie.” He couldn’t help but smile at what was usually meant as an insult in their community…and sometimes one worthy of violent scuffles—at least, as much as one can scuffle with words and cutting lines at the breakfast buffet.

Wes looked up from his book and turned to him, a wide grin stretching across his face.

“Art, good to see you again,” Wes said, his voice crisp and clear. There was an added depth and resonance it’d acquired over the years.

“You settled in?” Art asked, whispering to keep from disrupting the other library patrons.

As Wes spoke, he didn’t do anything to moderate his tone. He didn’t seem to have caught on how Art had deliberately adjusted his own, as though he might have struggled with his hearing, and as Art searched around, he caught a few patrons glancing their way, clearly acknowledging the disruption.

Art couldn’t stifle the smile that played across his lips as he said, “Always so direct and to the point, Mr. Brenner. It’s fine.”

“Probably have to adjust my hearing aid,” Wes said, moderating his voice with a smile.