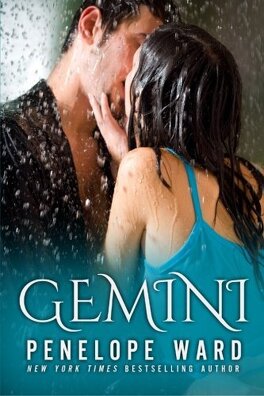 Your ruler, Mercury, is set to go forward motion, Gemini. You can sense you are coming out of a fog. Get Ready To Invite Romance Into Your Life!

How nice it would be if my horoscope actually came true today. Because something in the air shifted when he walked into the Stardust diner.

The feeling was indescribable.

Barry Manilow’s Mandy had been playing but the volume of the song seemed to fade with the feel of the brisk wind that blew in the door when the most gorgeous man I had ever laid eyes on walked in and sat down in booth number three.

That table wasn’t in my section, so from behind the counter, my eyes and ears focused in on him as he ordered a salt bagel with butter and a side of coffee. Then his crystal blue eyes proceeded to find me and stare back at me…right through me.

Hot flashes permeated my body and I instinctively turned away immediately, but the pull to look back at him was stronger than I could control.

Whoever he was, he was dressed to kill. From the neck down, it was all business. He wore a button down shirt that hugged his protruding muscles and tailored pants. From the neck up, he was ruggedly sexy with wavy hair that looked like it had just been messed with in bed. And he had just the right amount of chin scruff.

I tried my hardest not to stare, but the interest seemed to be mutual. Even when I wasn’t glancing in his direction, I could still feel his gaze following me when he thought I wasn’t looking and every time he did it, it was like everything turned from black and white in here to color.

So, this was turning out to be a far from typical Monday.

Sure, nice looking guys walk in here all the time: cops…firefighters…but this guy was…well, there are no words to describe the level of utter beauty. He was drop-dead—not someone you typically found visiting a suburban diner, that’s for sure.

Why did I have to be wearing this dumb waitress uniform right now? Max, my boss and the owner, tried to give the diner a retro feel, so we waitresses wore dresses reminiscent of those worn by the characters Flo and Alice in Mel’s Diner from that seventies TV show. The light blue uniform had my name, Allison, stitched over the left breast pocket and everything.

The customers often give me the same line: “Someone as pretty as you shouldn’t be waiting tables…you must be an actress too, right?” The truth was, this certainly wasn’t what I wanted to do with my life but for now, waiting tables was the only career I had.

I had dropped out of the special education graduate degree program at Simmons College because I couldn’t afford it anymore. I had always wanted to major in something where I could eventually work with special needs kids and make a difference, but the Simmons program was intensive and expensive. Plus, certain life circumstances in the past year made it impossible for me to focus on my studies. So, I decided to give my brain a rest until the time felt right to go back. I make pretty good money at the diner, mainly because I put in so many hours and the patrons are generous with their tips. So, I would be more than able to get by and save up, so that someday I could do something I was passionate about. Max was my neighbor and when he offered me the job, I took it.

And today, with Blue Eyes here…I am really happy to be a waitress at the moment and wouldn’t trade it for the world.