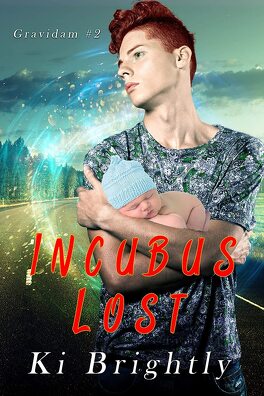 Hadrian made a promise to the new creator of Eden: find the scattered incubi and bring them home. But his intentions weren’t completely pure. Two thousand years ago, he lost his own incubus when he made the biggest mistake of his life. Now that he’s free from his involuntary service and seen the restored Garden of Eden, he’s convinced his incubus could be alive. He’ll do anything to find Pheo again.

Pheo hates what he had become. He hates what he had to do to survive. Most of all, he hates Hadrian for leaving him so long ago. If he ever saw him again, Pheo promised himself he’d make his ex-lover regret it. But he wasn’t prepared for the way he felt when they finally came face to face once again.

Hadrian wants Pheo’s forgiveness, his love, and to share eternity together. While he hates to admit it, Pheo wants Hadrian back too. The problem is, even though Pheo has never stopped loving Hadrian, he doesn’t trust him anymore.

Can Hadrian prove he’s worthy of Pheo’s love, or is their relationship already lost?