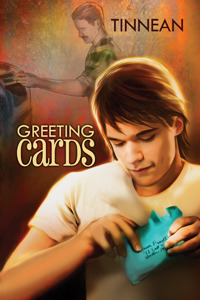 Holidays are for lovers, just apparently not Ben Haggerty. Not this holiday. After his degree-seeking lover leaves humble blue-collar Ben, Ben spends the Yuletide miserable. He's not accustomed to being alone, not after seven years. Eventually Ben finds his lover's new address and sends him a greeting card asking when he'll come back home—only to learn in the returned correspondence that his card reached the wrong address and another man, Jason Prescott, by mistake.

Jason is touched by Ben's appeal to his lover, and he and Ben spend months growing close as pen pals. Frequently exchanged correspondence turns into weekends spent together, but after learning Jason's working on his second master's degree and is even smarter than Ben's ex, Ben wonders if Jason will be able to love someone as ordinary as he is.