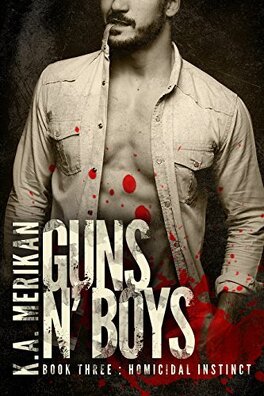 After months of recovering from his injuries, Seth struggles with who he has become. Afloat in a reality he never planned, he tries to find the lost pieces of himself again. Find the purpose, motivation, and strength to get back into shape. He is sick and tired of being a burden for Domenico, who seems to have it all together. When Domenico’s jealousy pushes them into the spotlight of a biker gang with connections to their former mafia family, Seth decides to step up, and make his own decisions, no matter what risks they might entail.

Domenico Acerbi can’t trust anyone. Nightmares of Seth’s torture are still haunting his dreams, and if he and Seth are to leave the country quietly and disappear off the mafia’s radar, he needs to stay in charge and keep everyone under control. What he doesn’t need is Seth giving him attitude, keeping secrets, and distancing himself for no reason. And as if Domenico didn’t have enough on his plate already, Seth forces him to help some hooker. Being stuck in the swamp with a kid hunted by a bunch of bikers is not Domenico’s idea of laying low.

WARNING: Adult content. If you are easily offended, this book is not for you.

‘Guns n’ Boys’ is a gritty story of extreme violence, offensive language, abuse, and morally ambiguous protagonists. Behind the morbid facade, there is a splash of inappropriate dark humor, and a love story that will crawl under your skin.